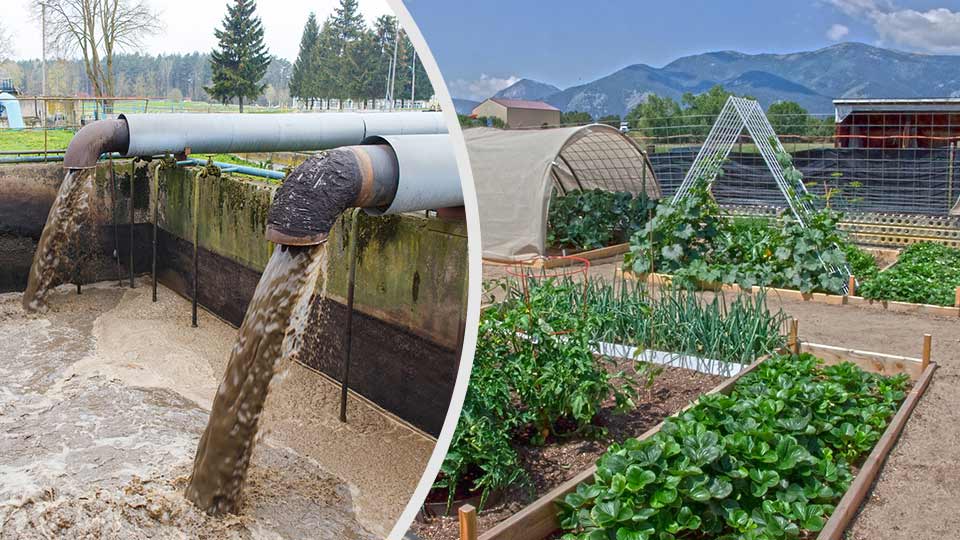 For decades, industrial waste has been diverted through municipal sewage treatment plants and sold as farm fertilizer. Vast swaths of land have now been permanently poisoned with industrial toxins like PFAs and other forever chemicals that don’t break down naturally over time and tend to bioaccumulate in living organisms. The sewage contains every strand of E.coli from the entire population. A problem further exacerbated by persistent antibiotics from pharmaceuticals in the waste stream that aren’t able to be filtered out which creates the perfect recipe for a literal shit-storm of antibiotic resistant superbugs. Also municipal waste systems can’t filter out hazardous prions which are toxic proteins that cause transmissible neurodegenerative disease. All of these chemical and biological toxins are absorbed by plants and animals and enter into the food system. Studies have found that 99.7% of people in the U.S. now have PFAs in their blood. PFAs are found in the breast milk of mothers and detected in high concentrations in infants. There are skyrocketing cases of prion diseases such as Alzheimer’s. This is an ecological nightmare that is not reported by the media. Terrorists would be hard pressed to do a better job at creating a chemical or biological warfare agent more disastrous than biosludge. The EPA has enabled the reckless dumping of toxic sewage on farmland across the country. Often at local garden centers, this biosludge is being sold commercially as ‘organic’ or ‘natural’ fertilizer and advertised as ‘green’ and ‘ecofriendly’ making it sound like it’s helping the environment by ‘diverting waste from a landfill’.

~ Study claims PFAs are found in some garden fertilizers – YouTube