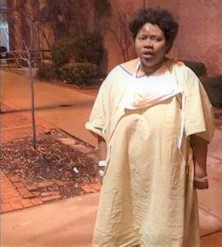 In the profit driven medical industry it is common for hospitals and nursing homes to dump patients out on the street the moment their insurance runs out and the patient can no longer afford treatment. Many times these patients who are in desperate need of care are wheeled out by staff, dumped off of a wheel chair or stretcher, and left out alone in the cold to die. This is problem is widespread across the United States with stories in every major city. In Baltimore a sedated patient suffering from mental illness was dumped at a bus stop while barefoot and wearing nothing but a paper thin hospital gown in freezing temperatures. In Chicago, Michelle Obama and David Axelrod systematically instituted a patient dumping program system at the University of Chicago Hospital with a carefully crafted PR campaign that enabled them to net a corporate profit while also receiving millions of dollars tax payer subsidies. Los Angeles hospitals had a long standing practice of dumping patients of on Skid Row. The state of Nevada egregiously put thousands of sedated patients on buses and shipped them out of state on a one-way ticket in what became known as “Greyhound Therapy”.

~ ‘I didn’t know where I was going.’ Carmichael man’s ‘scary’ experience after release from Woodland hospital – VIDEO