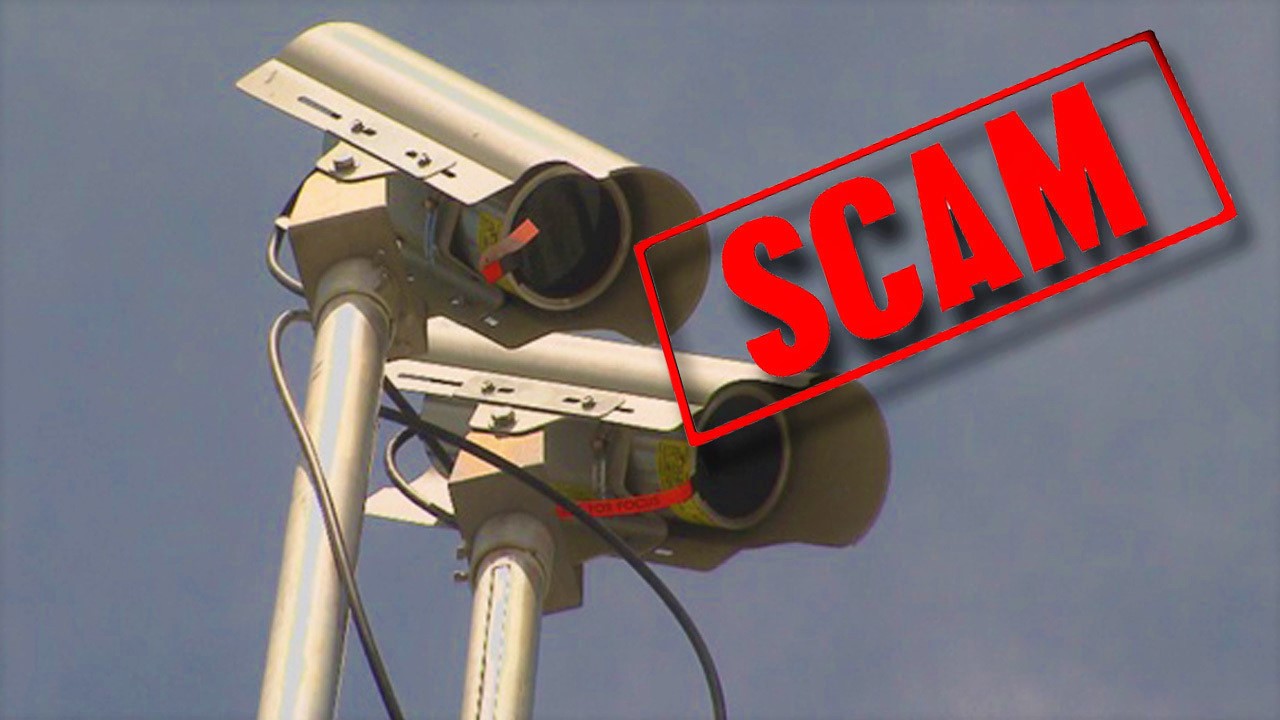 Red Light Cameras are a perfect example of the routine scam that corrupt bureaucrats use to fleece the hardworking taxpayers.

Not only is there no evidence showing that cameras provide any legitimate safety benefit but countless scientific studies have repeatedly shown that red light cameras cause an increase in accidents.

The blatant corruption that openly transpires between criminal corporations and the politicians they bribe is beyond egregious. The fact that government officials knowingly and willfully put people’s lives in danger shows there is no length they won’t go to in order to extort more money from the public.

News reports have documented how yellow lights and green lights have been intentionally shortened in order to trap drivers with fraudulent tickets and expensive fines.

Red light cameras have no other purpose but to be a source of revenue generation for corrupt bureaucrats and their cronies which rake in billions of dollars as thousands of fraudulent fines are issued every day.

In the meantime innocent people are put into debt, go bankrupt, loose their license, and have their car impounded.

But the law doesn’t apply to officials who exempt themselves from liability in their publicly paid for motorcades that recklessly speed through red lights and flagrantly put people’s lives at risk every day.

Not only do the tax payers pay to install thousands of unnecessary and harmful cameras, and then pay billions of dollars in fines, fees, and extortion penalties, but then when the corruption is finally exposed in courts and public officials are arrested and found guilty defrauding the public, the public is stuck again paying the bill for all the multi million dollar legal settlements.

~  Verify- Red light cameras may lead to more accidents. Is this true? – YouTube

~ Why red light cameras are a scam – Vox – YouTube