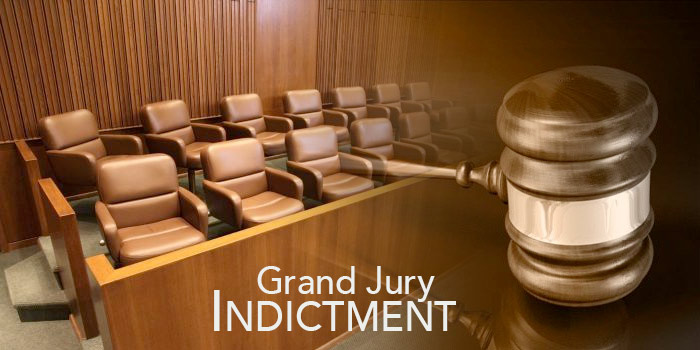 A grand jury is a group of citizens who are empowered by law to independently conduct legal proceedings, investigate criminal conduct, determine whether probable cause exists that a crime has been committed, and issue criminal charges in the form of indictments. A grand jury also has the power to subpoena physical evidence and compel witnesses to testify. The grand jury is featured in the fifth amendment of the Constitution which states “No person shall be held to answer for a capital, or otherwise infamous crime, unless on a presentment or indictment of a grand jury”. It states right there in the Constitution what we must do to hold criminals accountable…we must present evidence of crimes before a grand jury and secure indictments in order to prosecute offenders.

Grand juries have historically been utilized all around the world as an instrument of citizen power to hold government officials accountable for crimes, misconduct, and negligence of duty. Every state in the union has provisions for summoning a grand jury. Studies show that grand juries tend to issue an indictment about 95% of the time. Whenever a “preponderance of evidence” is presented before a grand jury that shows criminal activity it is more than likely they will issue an indictment.

It is our civic duty to hold the government accountable and ensure that criminals in power are brought to justice. To work towards this goal independent investigators and researchers around the world need to work cooperatively in archiving a vast collection of evidence that publicly exposes the crimes of specific individuals operating throughout the vast criminal network of government. For anyone paying attention the evidence is overwhelming and the corruption exists deep within all levels of the state. We must exercise all of our civic powers and operate through all the available legal avenues, compile the clear hard facts, and present this evidence before a grand jury to empower our fellow citizens to subpoena further evidence, compel witnesses to testify, and issue criminal indictments.