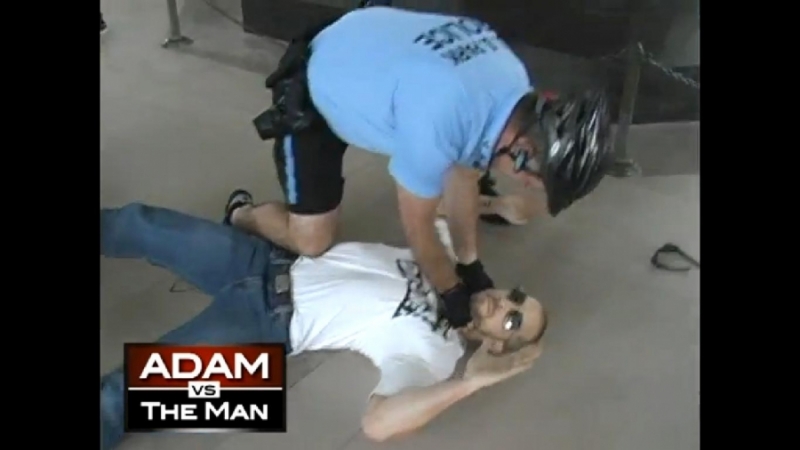 It is clear there is no justice in our legal system and our basic civil rights have been entirely eroded to the point of being nonexistent.

The constitution guarantees the right to “peaceably assemble” and yet peaceful people have been brutally arrested for the crime of dancing at the Jefferson Memorial.

The Constitution states that no law shall be made “abridging the freedom of speech, or of the press” and yet the deep state within the NSA works actively with major tech companies to censor the internet.

When honest people expose government crimes and corruption the whistleblowers are prosecuted while the criminals who actually committed the crimes being exposed are never investigated and remain free.

Peaceful protesters are consistently met with militarized police violence, including native tribes protesting on their own land, who are sprayed with water hoses and weaponized tear gas, subjected to tasers and sound cannons, and shot with “less lethal” rubber bullets and explosive concussion grenades.

Supposedly we are secure in our “persons, houses, papers, and effects against unreasonable searches and seizures” but the Orwellian government surveillance state invasively spies on every citizen.

Every year police are allowed to illegally seize hundreds of millions of dollars from innocent people in civil asset forfeiture without any trial.

Supposedly we have the right to “keep and bear arms” except during emergencies when the government has the “extraordinary powers” to enforce a complete ban on the sale of guns, ammunition, and also gasoline.

It is clear we are living in an authoritarian state. What good are any of these so-called “rights” we are supposedly granted if the rights are not allowed to be exercised?

The constitution states that “excessive bail shall not be required” yet millions of people languish in jail just waiting for a trial which in some cases can take over a year even if they are later found to be innocent.

The constitution guarantees us all the absolute right to a “speedy and public trial by an impartial jury” but only 2% of defendants get a trial by jury.

If every person accused of committing a crime actually demanded their civil rights be upheld it would collapse the entire court system which does not have the capacity to give everyone a fair trial by jury.

The constitution clearly states that “excessive fines shall not be imposed” but also at any time a person can be fined $30,000 and have their home foreclosed on for simply not mowing the lawn.

The constitution absolutely ensures “no cruel and unusual punishments inflicted” except a mentally ill homeless person was murdered by police for the crime of wandering alone in the dessert.

Every year many people living in this so-called “land of the free” are murdered by police for minor offenses like failing to put on a turn signal, selling cigarettes, or simply not obeying commands fast enough.

We live in a dystopian police state that has corrupt bureaucrats in charge of the law and mindless automatons who unquestionably follow orders.