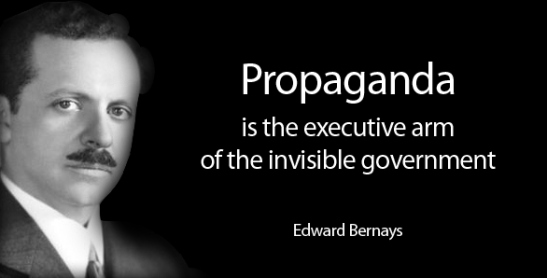 “The conscious and intelligent manipulation of the organized habits and opinions of the masses is an important element in democratic society. Those who manipulate this unseen mechanism of society constitute an invisible government which is the true ruling power of our country.” Edward Bernays – Propaganda (1928)

Edward Bernays – Manipulating the Masses Bill Moyers – Interview with Edward Bernays Weapons of Mass Deception Orwell Rolls In His Grave The Century of Self Propaganda – North Korean Film Behind the Big News: Propaganda and the CFR