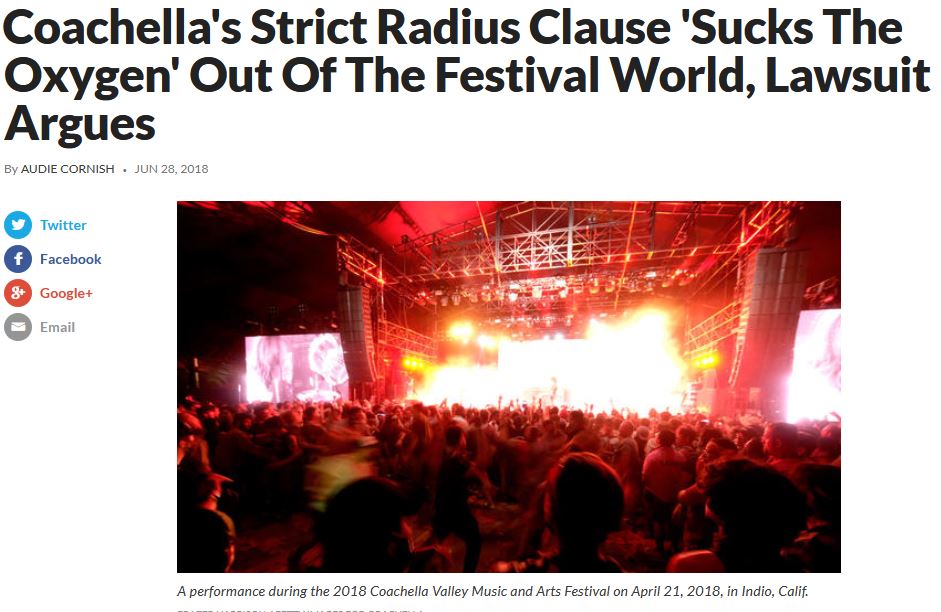 Radius clauses are neither new nor news. Every major festival imposes them, rightfully, to keep their big-money acts from playing local shows that could harm ticket sales. If, say, Skrillex were to play Chicago’s 3,500-seat Congress Theater for $25 a pop the day after Lolla, the festival might lose out on a handful of $100 passes. Multiply that by 130 bands, and festival promoters C3 Presents have a problem. That’s where the radius clause comes in — it preserves demand by capping supply.

While most festivals enforce restrictions of a few weeks for the cities in which they operate, Lollapalooza’s embargo — anywhere from 90 to 270 days and 90 to 300 miles — is theoretically broad enough to keep Chicago up-and-comer Chance the Rapper from performing in his hometown for nine months this year. It’s bad for the artists and for the fans.