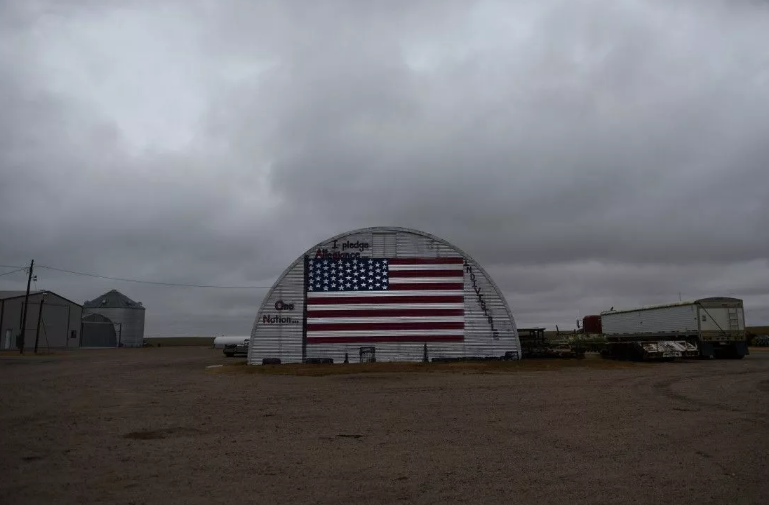 Why are America’s farmers killing themselves?

“The suicide rate for farmers is more than double that of veterans.

A study by the Centers for Disease Control and Prevention (CDC) suggested that male farmers in 17 states took their lives at a rate two times higher than the general population in 2012 and 1.5 times higher in 2015. This, however, could be an underestimate, as the data collected skipped several major agricultural states, including Iowa. Rosmann and other experts add that the farmer suicide rate might be higher, because an unknown number of farmers disguise their suicides as farm accidents.

Death on the Farm

People started talking about farmer suicide during the 1980s farm crisis. By the 1960s, technical innovations had made farming easier, and farmers were expanding operations by taking out loans. But the 1980s brought two droughts, a national economy in trouble and a government ban on grain exports to the Soviet Union. Farmers started defaulting on their loans, and by 1985, 250 farms closed every hour. That economic undertow sucked down farms and the people who put their lives into them. Male farmers became four times more likely to kill themselves than male non-farmers, reports showed. “In the West, the guys were jumping off silos,” says Leonard Freeborn, a horse farmer and agricultural consultant.

Since that crisis, the suicide rate for male farmers has remained high: just under two times that of the general population. And this isn’t just a problem in the U.S.; it’s an international crisis. India has had more than 270,000 farmer suicides since 1995. In France, a farmer dies by suicide every two days. In China, farmers are killing themselves to protest the government’s seizing of their land for urbanization. In Ireland, the number of suicides jumped following an unusually wet winter in 2012 that resulted in trouble growing hay for animal feed. In the U.K., the farmer suicide rate went up by 10 times during the outbreak of foot-and-mouth disease in 2001, when the government required farmers to slaughter their animals. And in Australia, the rate is at an all-time high following two years of drought.

Midwest farmers face a crisis. Hundreds are dying by suicide.

“U.S. farmers are saddled with near-record debt, declaring bankruptcy at rising rates and selling off their farms amid an uncertain future clouded by climate change and whipsawed by tariffs and bailouts.

Isolated, and with limited access to mental-health care, hundreds are dying by suicide.

Farmers are among the most likely to die by suicide, compared with other occupations, according to a January study by the Centers for Disease Control and Prevention. The study also found that suicide rates overall had increased by 40% in less than two decades.

The problem has plagued agricultural communities across the nation, but perhaps nowhere more so than the Midwest, where extreme weather and falling prices have bludgeoned dairy and crop producers in recent years.

More than 450 farmers killed themselves across nine Midwestern states from 2014 to 2018, according to data collected by the USA TODAY Network and the Midwest Center for Investigative Reporting. The real total is likely to be higher because not every state provided suicide data for every year and some redacted portions of the data.

The deaths coincide with the near-doubling of calls to a crisis hotline operated by Farm Aid, a nonprofit agency whose mission is to help farmers keep their land. More than a thousand people dialed the number in 2018 alone, said spokeswoman Jennifer Fahy.“

“Research by four Cal Poly San Luis Obispo agriculture communication students found that suicide rates in agriculture are five times higher than the national average — and shockingly, even double the rate for military veterans. Among the reasons: net farm income worries (the leading cause), social isolation among farmers, pesticide-induced issues, and the ever-present stigma related to mental health issues in this country.

Other findings from the students’ report suggest:

In the 2008 legislation, the Farm and Ranch Stress Assistance Network program would have created a national crisis hotline for farmers, as well as state and regional counseling services. It was modeled after “Sowing Seeds of Hope,” a program that successfully reduced farmer suicide rates in seven Midwestern states until 2014. The federal program in the 2008 legislation would have cost $18 million annually, and was never funded.

“Critics argue that the emotional and economic toll of farmers taking their own lives is greater than the $18 million it would have cost to fund the program,” the students noted in their research paper.“